We are a team of professionals dedicated to managing your property as well as tenant relations in order to provide our property owners with the best return on their investments. Founded in 2012, Casa Rooms was set up to provide a professional team with a solid financial background to assist property Owners seeking property management services in Malta. Our unique professional property management services provides property Owners with a tailor-made plan for maximising the returns on their rental investment, supported by excellent customer service, open and transparent terms and conditions, and value-for-money in all that relates to your Property.

An accountant by profession, and having worked with a business advisory team of one of the Big Four global practice firms, Thomas began to yearn for that entrepreneurial challenge. With his number-crunching abilities and zest for research mixed with his passion for real estate, the opportunity arose to assist property Owners to maximise the return from their Properties.

Thomas identified a niche in the property management market and set up Casa Rooms in 2012. He leveraged his qualifications and background in finance to provide a service that gives property owners more visibility on the expected return on their rental property as well as a financial plan to enable them to manage their investment better. 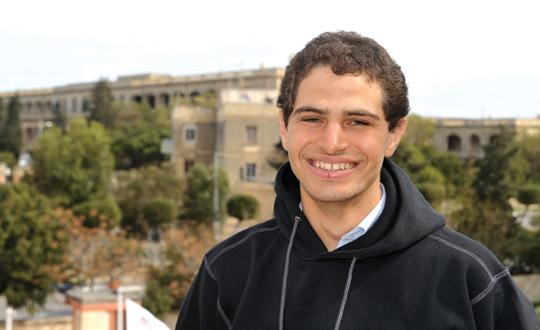 A cancer survivor, Thomas launched the Row4Cancer campaign in 2010. He created this initiative to raise awareness that there is ``life beyond cancer``. As part of a British and Irish team he set out to break the World Record for rowing across the Atlantic Ocean.

Thomas spent a gruelling 34 days at sea, smashing the mid-Atlantic world record by 10 hours. Funds raised during the initiative were donated to Puttinu Cares, a children’s cancer charity.

The Row for Cancer was not the first challenge Thomas took part in. In 2006 he participated in LifeCycle ‘Across the Arctic Circle’. He ran both the Malta half marathon and the full marathon in 2009. He also swam between Malta and Gozo that year. In 2011, Thomas was awarded the Midalja ghall-Qadi tar-Repubblika, one of Malta’s national honours.

Our goal is to provide Property Owners with peace of mind that their Properties will receive the utmost care and consideration to reach the Property’s maximum earning potential.

We are proud to be amongst the leading prominent property managers on the island and we look forward to continuously raising the bar.

Why Us? Why Casa Rooms…?

Contact us to discuss your Property and start a win-win relationship.